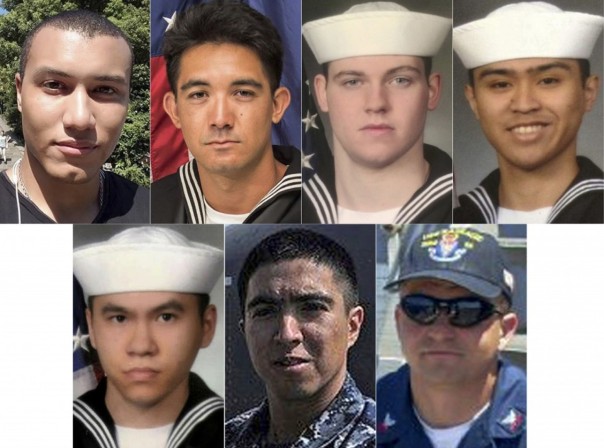 Two weeks ago, USS Fitzgerald collided with the container ship ACX Crystal in waters off Japan. This tragic accident resulted in the death of seven of the Fitzgerald’s crew: Dakota Kyle Rigsby, Shingo Alexander Douglass, Ngoc T. Truong Huynh, Noe Hernandez, Carlos Victor Ganzon Sibayan, Xavier Alec Martin and Gary Leo Rehm Jr. On the nation’s birthday it is appropriate that we recognize the sacrifice of these seven sailors.

On this day when we celebrate our national independence it perhaps would also be useful to consider what the crew of the Fitzgerald can tell us about our nation and our navy. A number of media outlets have noted the varied racial backgrounds of the seven seamen –  men of Japanese, Vietnamese, Hispanic, African American and Caucasian ancestry. Today almost 34% of the Navy’s active duty force are self-identified minorities. While this itself may not be surprising, it dramatically contrasts with earlier renditions of our nation’s naval forces.

During the American Revolution and the War of 1812 minorities served as seamen on American warships. This however, was but a brief respite in the Navy’s long record of racial exclusion of blacks. Later in the nineteenth century naval crews became increasingly white. And although 367,710 African Americans were drafted during World War I few served in the Navy. The Navy was obstinate in resisting black enlistees and segregating work along racial lines, with minorities forced to work as messmen, cooks or stewards. In June, 1940, the Navy’s call for 4,700 volunteers was meet with blacks seeking positions as seamen. In response, the Navy reasserted that its policy limiting African Americans to working as messmen promoted “general ship efficiency.” Even an anti-discrimination clause in the 1940 draft law did not alter the Navy’s position as the Navy continued its Jim Crow practices. Blacks could not serve as seamen until June 1942 and as of 1945 more than 90% of blacks in the navy were still messmen.  It was only with President Truman’s issuance of Executive Order No. 9981 in 1948 desegregating the military that minorities began to have equal opportunities in the Navy.

Along with the right to vote and serve on juries, eligibility to serve in the military is one of the key elements of being a citizen. The Navy’s barring minorities from its ranks reinforced for many Americans that blacks, Hispanics and other minorities were not equal. As tragic as the deaths of the seven Fitzgerald are they remind all of us that today minorities as well as Caucasians are Americans, with the right to serve.

Next week I’ll discuss the diary of the African-American naval seaman James A. Dunn and his perspective on the Navy’s halting efforts to integrate during World War II.